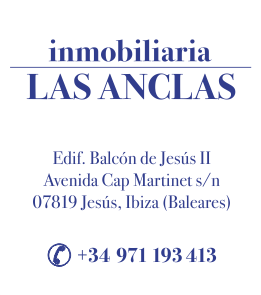 Adoption of the New Land Law

As announced last year in our blog about Amnesty for Building violations, the long-awaited Development Plan’s new Land Law has been voted on by the Island Council of the Balearic Islands Government with an absolute majority and was adopted in March 2014.

As soon as it is published in the Spanish Official State Gazette for the Balearic Islands BOIB (Boletín de las Islas Baleares), it will be legally binding.

We have compiled useful information for property owners or prospective buyers of real estate in Ibiza:

When this law comes into effect, it will have a limited term of 3 years, also in Ibiza. During this term the belated legalization of real estate that is “outside the development plan” (fuera de ordenación) can be requested.

Properties that can benefit from this are

The legalization must be applied for at the local authority according to the current state of the property with all graphic and written documents and data and with a project to bring it into line with the general conditions of integration in the environment and landscape provided for by the development plan.

For the legalization the local authorities charge the same charges and taxes as for new buildings.

In addition, on top of the payable amount, a fine has to be paid. This fine is calculated according to the time of application after the effective date of the law:

The adoption of this law gives all property owners in Ibiza and the other Balearic Islands the unique, but time-limited opportunity to legalize, within the next three years, those properties that were built without permits or had extensions added.

This measure guarantees increases in value and facilitates the sale of the property or makes it much less problematic.